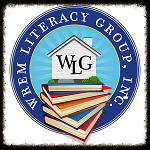 According to research,  the national child poverty rate is 22 percent.  The Texas rate is 26 percent.  Thus, more than one in four kids residing in the State of Texas lives in poverty. These statistics are too hideous to ignore, and they motivate WREM to join the movement addressing childhood poverty as a Bridge Builder.

Studies have revealed that if poverty is not escaped, it becomes intergenerational.  "Children growing up in low-income families are more likely to experience multiple family transitions, move frequently, and change schools.  The education they receive is inadequate to support the rigor of higher education. Thus, poorly educated, they most probably will lack the skills required to earn sufficient income for escaping poverty. Their neighborhoods are comprised of environments that stifle their growth --- socially, economically, and academically. "

Children who grow up in low-income families have difficulty escaping poverty when they become adults  [Robert Lee Wagmiller and Robert M. Adelman].  In working to enhance opportunity for the children coming of age in rural, low-income areas, WREM moves forward with the vision of the Bridge Builder.  Our goal is to enhance opportunity in environments where the lack of  provisions for living decently, obtaining quality education, and earning enough income to meet basic needs is a challenge that fragments the family structure. This inability to sustain  independent living is a catalyst in the recycling of poverty --- causing it to pass from one generation to the next.

Our mission as an organization, as a Bridge Builder, is to make a difference in the future of the Child by introducing services to empower the family. Services like early childhood literacy, decent and affordable housing, and job skills training amend the destiny of the impoverished family and shapes a tone where a Child can be bred for a bright future.

Childhood Poverty in Texas Is Epidemic

An old man going a lone highway,
Came, at the evening cold and gray,
To a chasm vast and deep and wide.
Through which was flowing a sullen tide
The old man crossed in the twilight dim,
The sullen stream had no fear for him;
But he turned when safe on the other side
And built a bridge to span the tide.

“Old man,” said a fellow pilgrim near,
“You are wasting your strength with building here;
Your journey will end with the ending day,
You never again will pass this way;
You’ve crossed the chasm, deep and wide,
Why build this bridge at evening tide?”

The builder lifted his old gray head;
“Good friend, in the path I have come,” he said,
“There followed after me to-day
A youth whose feet must pass this way.
This chasm that has been as naught to me
To that fair-haired youth may a pitfall be;
He, too, must cross in the twilight dim;
Good friend, I am building this bridge for him!